Why You Should Read "The Hidden White House" 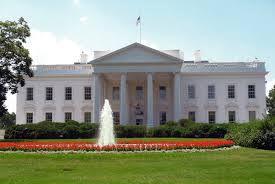 I highly recommend this book.  Most people in architecture, engineering and construction will find it a fascinating story.  Robert Klara paints a vivid picture of Harry Truman, mid-twentieth-century politics, and the grand but dilapidated old White House.

The White House suffered from poor construction, including sinking foundations under its interior walls, hasty and poorly documented repairs over the years, utility installations that seriously compromised important structural members, and inadequate maintenance.

By the time Harry Truman and his family moved into the mansion after Franklin Roosevelt’s death in 1945, the place was a barely habitable wreck and growing more unsafe by the day. By 1948, the building was deteriorating at such an alarming rate that the Trumans had to move across the street to Blair House.

The public sees the outer walls of the original late eighteenth-century building and has the impression that the old building  was “restored” from 1948 to 1952.  Not so.  From the book jacket: “America’s most famous historic home was basically demolished, giving birth to today’s White House.”  And only a fraction of the old building’s interior fittings eventually made it into the rebuilt White House.


Lessons we should learn from this story?  Build well in the first place.  Document what you build and how you modify it so future generations know what they’re dealing with.  And finally, take good care of buildings.